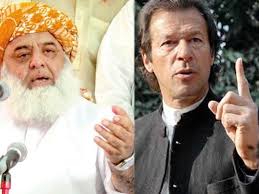 Pakistan politics  going on very interesting road. Well , I will not giving more suggestions  , but I want to raised some points about our famous politician and the Chairperson of PTI yes you are right i am talking about Imran Khan , who is now facing the contempt of court. Meanwhile , Maulana Fazul-ur-Rehman (not a well character man) declared him that he is the agent of American, Jews . This  hurt his international fame . So, Imran Khan decided to take him court because of his blamed. 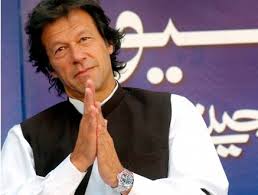 UMMMM….  You know what , I am also the biggest politician fan of PTI and Imran Khan , because of his impressive speeches and vowed that he did with the nation. And I am very interesting to cast vote for him . But after the election of 11th May 2013 , I realized that all were just lame promises . I don’t say anything about his loyal with country. But the question that raised in my mind is how much he improved the KPKH . No biggest future Programs is seeing by his government . The vowed of removing Poverty , the shortfall of electricity , the unemployment and the rest of problems are looking still like a statue .

Recently , the Federal Government given the biggest budget to KPKH  , but its government still not working for the progression of its province.

I know these criticizes can’t deny the fame of Imran Khan . But my point is that he is same as like all politicians . And those People who were talking about his “Sonami”  . I think all this is a ridiculous . it seems that he has also the thirst of Ministry .

Yeah ! Afcorse , its very early for judging his Government , But it revealing his  work.