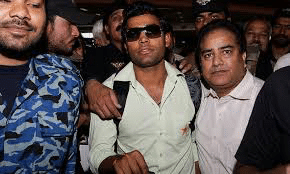 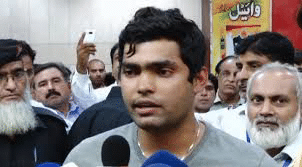 The Umer Akmal lawyer requested the Sessional Judge that because the Pakistani Cricketer is in Bangladesh and busy in Asia cup  , so must be given him some relaxation .But the Judge refused his statement and still on his decision .

Remember this that Umer Akmal was arrested on February 1 because he had not stopped on traffic signals , and as a result the dispute of warden comes with him . The other major thing in this case is the reaction of police because it totally made this case against Pakistani Star Cricketer Umer Akmal.

The secret resources that informs the Umer Akmal would not want to come in Pakistan because after Asia Cup 2014 ,their is a t20 World Cup which will also be held in Bangladesh. And Little Akmal is also doing a job of wicket keeper along with a batsman .

Recently,  Star Batsman hit a century against Afghanistan in a difficult time and Pakistan won a comprehensively and also get a bonus point . Before that he hit hard with a bat and scored 70 plus vital score but unlucky Pakistan failed on winning . 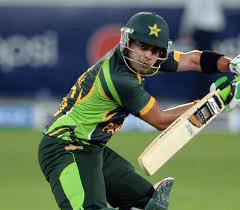 I think the police taken this case one sided and create a very poor example . The traffic police should wait the decision of court , but they want to earn a cheap fame and cancelled his driving licence as well. The Umer Akmal  have a chance to prove himself and stopped the mouth of his haters by his bat .